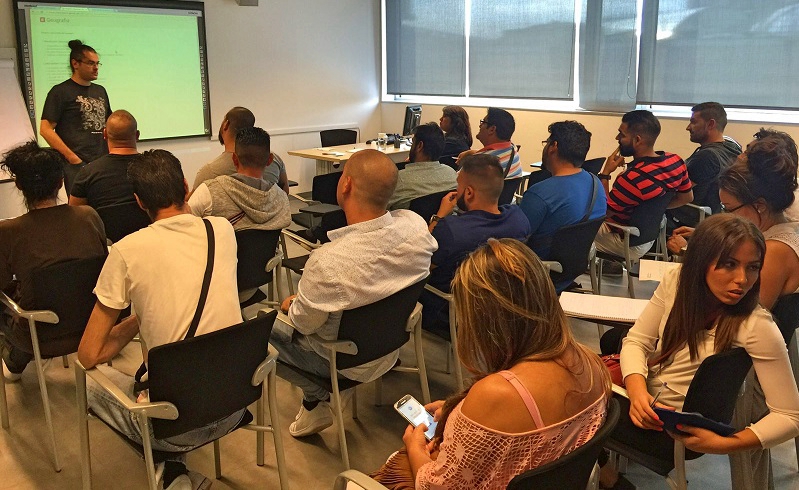 The sixth University Access Group for people over the age of 25 was launched in Barcelona on Monday. This educational initiative organised by the Comprehensive Plan for the Roma People in Catalonia is targeted at the Romani population.

The University Access Group (GAU) is an initiative launched in 2012 by the Comprehensive Plan for the Roma People in Catalonia. This training programme attracts more and more students each year and has also shown a capacity for renewing itself and adapting to the needs of Romani students. The objective of GAU is not only to help its participants get into university, but also to raise the expectations of success of younger Romani primary and secondary students by giving them the chance to meet Roma who have made it to university.

On this occasion, as was the case last year, the training will take place at the offices of the Department of Labour, Social Affairs and Family (Passeig del Taulat, 266-270, Barcelona). The course will be conducted until April, the time when students will sit university entrance exams. Over the next eight months, participants will prepare for the subjects found on the exams that open the doors to a university education – Spanish, Catalan, English, text commentary, geography and contemporary history.

The course began on Monday with an opening event led by Ramon Vílchez, head of the Romani Community Care and Social Innovation Programme (PIPG), who presented the Comprehensive Plan for the Roma People in addition to some of the most significant actions that are being implemented. Vílchez also used the occasion to confirm that planning for the new PIPG, which is undergoing renovation, will include the continuance of this training programme during the coming years.

More than twenty students attended the course’s opening event, including candidates to study for degrees in Sociology, Social Education, Business Administration and Medicine. One of the new students is Raquel Sánchez Cortés, a Roma from the La Mina district who hopes to study Obstetrics. She is very excited about this new opportunity and says that she is “realising a dream that my mother started but was unable to finish”.

Anyone interested in this course should know that the registration period is still open and that they may contact the Comprehensive Plan for the Roma People in Catalonia by phoning 93 882 2645 or by emailing adelasanchez@gencat.cat