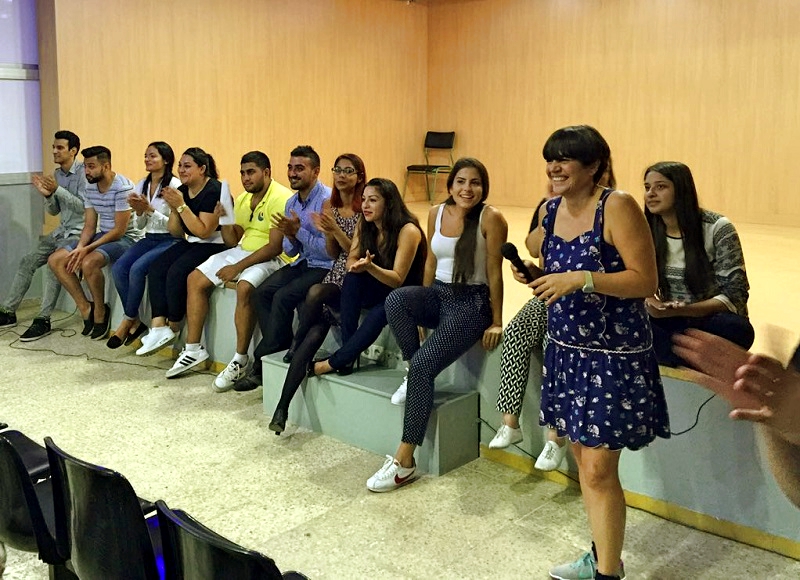 The Kali Zor Association welcomed young university-educated Roma from a number of European countries for a week-long exchange whose aim was to motivate and support students in Badalona’s Sant Roc district.

One of the main factors that probably discourages and hinders Roma who opt for studies beyond compulsory education is a lack of positive and identifiable role models. That is, an absence of older Roma who have successfully pursued higher education. In order to exert a positive influence in this regard, the Romani association Kali Zor has gathered a group of university-educated Roma from different European countries to spread a message that will motivate students from schools in the district.

This is the second time that this Badalona association has conducted a youth exchange. The first was just a year ago. At that time the exchange made use of sport as a tool to combat racism. On this occasion, Kali Zor has brought together 18 academically successful young Roma from Hungary, Albania and Romania.

For one week, participants in the youth exchange have learnt about the background and history of the Sant Roc district. And with the help of the El Relational professional team, they created a stage production with which to communicate their messages of support and motivation to students in the Baldomer Solà, Lestonnac and Eugeni d’Ors schools.

During the ceremony, which took place on 23 September at the Eugeni d’Ors School, the exchange’s participants shared their life stories and expressed their expectations for the future. Andrea, a young medical student from Romania, explained that she was led to pursue her studies by her “desire to be someone and to help others. Despite financial hardships at home, I didn’t stop trying and got a scholarship in my second year. Now I want to become a famous doctor while holding onto my Romani spirit”.

Another obstacle that Roma who decide to study face is the fear of losing part of their Romani identity. However, activities like this – at which primary and secondary students have the chance to meet university-educated young Roma – help to gradually break down these old clichés. Kali Zor president Alfonso Amaya said that the exchange’s objective is to “have an impact on the district’s Romani community and help to reduce truancy”. On this topic, she added that “there various issues that should be worked on because each family has its own set of circumstances. Through this project we endeavour to contribute our bit”.