From trade fairs to labour, from street vending to common trades

The history of Roma from the 19th to the 20th centuries involved progressing from trade fairs to labour, from street vending to common trades.

(…) Roma never change their culture, their social order by decree. It has been the evolution of the world, changes in Spain itself, that have led them to change their lives. Despite prohibitions and limitations, they had been livestock merchants until the introduction of the tractor and emigration; they were basket makers until plastic products absorbed most of that market; they were nomads until they had to move to the city in order to survive. 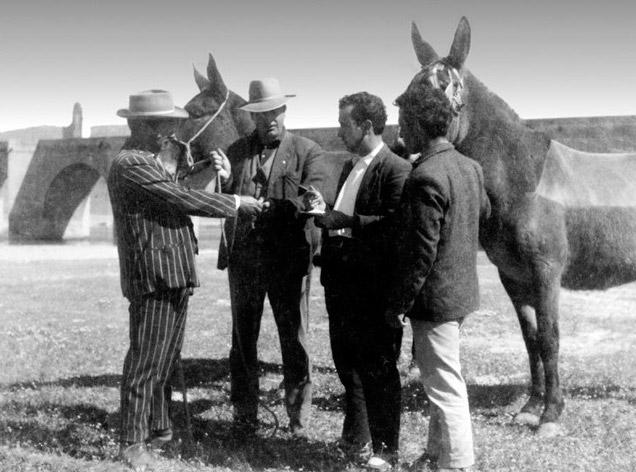 During the 19th century, at the start of the constitutional period (1812-1936), the “Roma issue” took on a new direction. The Constitution of 1812 was an important advancement for Roma in regards to their being legally recognised as Spanish citizens. The old concept of citizenship linked to the obligation of having a fixed residence was done away with. The only requirement to be legally Spanish was having been born in the country.

After a long period without anti-Roma laws, the Franco dictatorship brought back some highly negative scenarios for Roma. Speaking the Romani language was prohibited, as it was considered to be a criminal dialect. Nomadic life was considered to be a crime. The Law of Social Danger was applied in a special way against Roma. Furthermore, Civil Guard regulations called for the scrupulous monitoring of Roma and, particularly, of their way of life and their travels.

The Francoist era was characterised by a dichotomy in which total and intolerable cultural repression was brought against the Roma people in particular and against other populations in general. Nonetheless, the dominant classes, influenced by the Catholic concept of charity, initiated warm yet uncoordinated gestures towards the Roma community in order to integrate them into their own religious, cultural and payo (non-Roma) social world view. Programmes funded by the central government but especially designed for Catholic organisations attempted to assist, integrate and teach Roma to be payos. The dominant fundamentalist ideology, so convinced of its superiority, made abandoning an assimilationist perspective very difficult.

The arrival of democracy and the 1978 Constitution entailed, in the official sense, equality before the law and full citizenship for Roma.

The industrialisation of the 1960s and 1970s brought a migration of the population from the countryside to the city, mechanised agriculture and made it necessary for many Roma to move to big cities where they had to look for unskilled work as construction or industrial workers. But as the years rolled on and the crisis of development materialised, the most common trade amongst Roma families became street vending, which is still prevalent today.

The process of democratisation has fostered awareness-building and sensibilisation across broad social sectors which, together with Roma associations, have generated policies that are beneficial to Roma. The involvement of social services and higher levels of school attendance have fostered the normalised inclusion of Roma in the educational system and the professional training that has begun to give Roma the capacity to enter all trades.