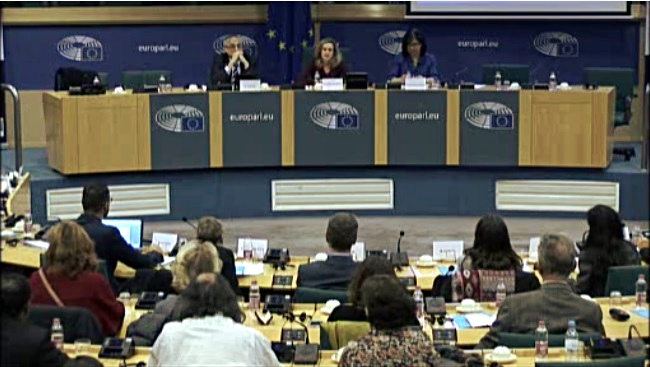 On Wednesday 8 November 2017, the social impact achieved by the Comprehensive Plan for the Roma People in Catalonia was presented to the European Parliament in Brussels. 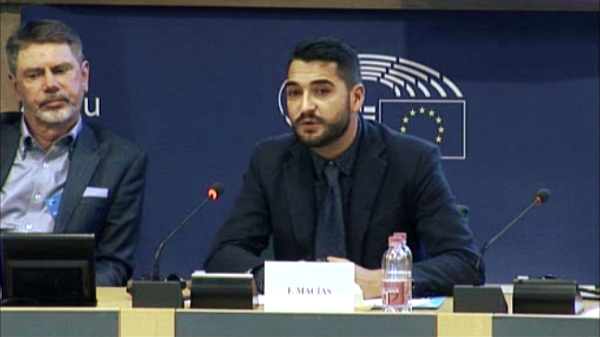 Dr. Fernando Macías presented the main results achieved in recent years by the Comprehensive Plan for the Romani people

As part of the project “IMPACT-EV. Evaluating the impact and outcomes of EU research in social sciences” – a study funded by the European Union’s Seventh Framework Programme for Research (FP7/2014-2017. GA: 613202) – the conference “EVIDENCE FOR SOCIETY. Transforming The Future of European People Through Research” was held at the European Parliament in Brussels on 8 November 2017. This conference included the presentation of data on the social impact achieved by projects funded by the EU from the perspective of a number of stakeholders such as scientists, politicians involved in different levels of policy implementation (regional, national and European), and end users  who have benefited from the social impact of this European research.

The Comprehensive Plan for the Roma People is fully in line with the most prestigious international research projects. Since the first year of the Plan – and because the recommendations of the Workaló project from the Fifth EU Framework Programme were followed – the plan uses a communicative work methodology which allows for the real and effective participation of the Romani population and their most important organisations. It also enables Roma traditionally not included in such participatory processes to take part.

Participating at the conference on behalf of the Comprehensive Plan for the Roma People in Catalonia was Dr Fernando Macías, one of the Plan’s key figures. His speech, which he presented on behalf of Ramón Vílchez, Head of the Comprehensive Plan for the Roma People, focused on highlighting the political impact of international research in developing the Comprehensive Plan and the social impact it has achieved in areas such as education, employment and health. Macías explained that, because recommendations from international research projects indicating the need for scientifically-backed actions with guarantees of success were followed, after only four years 18 Romani students are now studying at a number of Catalan universities.

That morning, the Comprehensive Plan for the Roma People in Catalonia was also represented within the IMPACT-EV project’s Social Dialogue Policy Committee (SDPC). At this work session, Dr Tania García Espinel, an organising member of the plan, highlighted the positive experiences that resulted from using research findings in the design of policies. García Espinel also pointed out negative experiences that resulted from the failure to follow scientific recommendations. She also identified the most effective channels of communication between research teams and government and what policy makers need from researchers in order to achieve social impact.

Link to the full conference