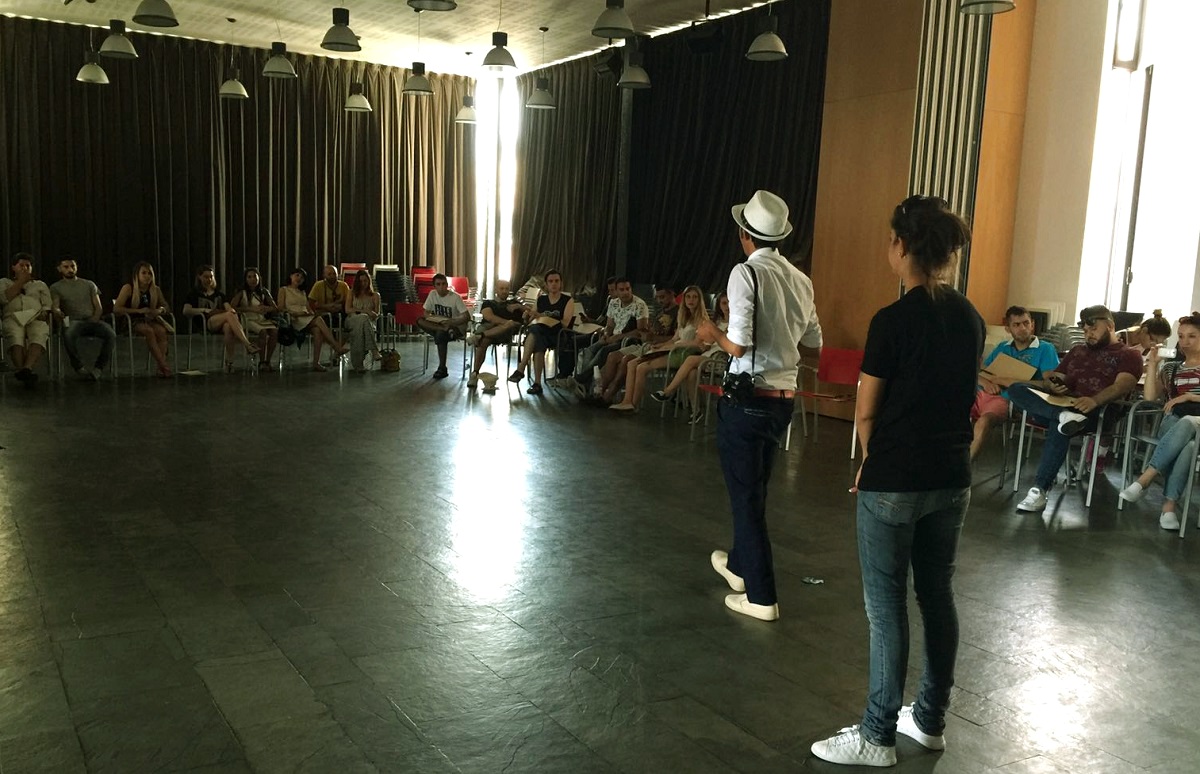 For five days, a diverse range of young Roma from European countries participated in a youth exchange in Barcelona organised by the Associació Intercultural Nakeramos to analyse the role that art can play in combating anti-Roma discrimination.

Over the last decade, the European Commission has strongly promoted the exchange of ideas and experiences from different European countries to build a Europe which is socially and culturally richer, more cohesive and that has a more active and democratically-minded citizenry. Within this scenario, many social movements led by young Roma have emerged. It is increasingly common to be able to have contact with Romani organisations from different countries and to exchange experiences and to act jointly through programmes such as Erasmus Plus.

This week a very important youth exchange took place in Barcelona which brought together young Roma from Catalonia, Bulgaria, Poland, Albania, Macedonia and Italy. The purpose of the five-day event was to discuss how different artistic disciplines have influenced the construction of the social image of Roma and to analyse how art can be a tool for social activism.

Maria Rubia, president of Nakeramos and organiser of the event, explained how artists such as Ferderico García Lorca “condemned the political oppression of his time through the Romani people. He did not speak of his homosexuality in direct terms, but he did through the Romani people in his famous collection ‘Gypsy Ballads’, in which he strongly criticised society”.

Another artist studied during the exchange was Helios Gómez, a Romani painter who, through his life and drawings, fought fascism in the first half of the 20th century, with the assistance of his son Gabriel Gómez. He was also accompanied by the young Àlex Leonard, who presented the work of his father, Jacques Leonard, the famous photographer whose camera captured a unique perspective on the Roma of post-war Barcelona.

On Sunday, the last day of the event, the young attendees formulated conclusions and staged a flash mob in Parc de la Ciutadella (Citadel Park) in a bid to make the activism of Romani youth and the desires of a new generation of young Roma more visible. Maria says that “there are many ways to combat anti-Roma prejudice. Romani activism does not have to consist solely of attending demonstrations. For example, it can be accomplished through music, as one can vindicate one’s existence through the lyrics of a song. It is a question of each person finding what makes them feel the most comfortable”.

One result of the event was the creation of a network of organisations that work through social platforms such as Facebook and Twitter to creatively combat anti-Roma prejudice at the national and international levels. Graciano Halilovich, an Italian participant, explained that he would like for “this event not to stop here, because art is a good instrument against anti-Roma prejudice, and there is still much to learn about how one can use their artistic abilities in the world of social vindication”.