Conclusion of the “Rom21: Young Roma of the 21st century” project

Home - Conclusion of the “Rom21: Young Roma of the 21st century” project 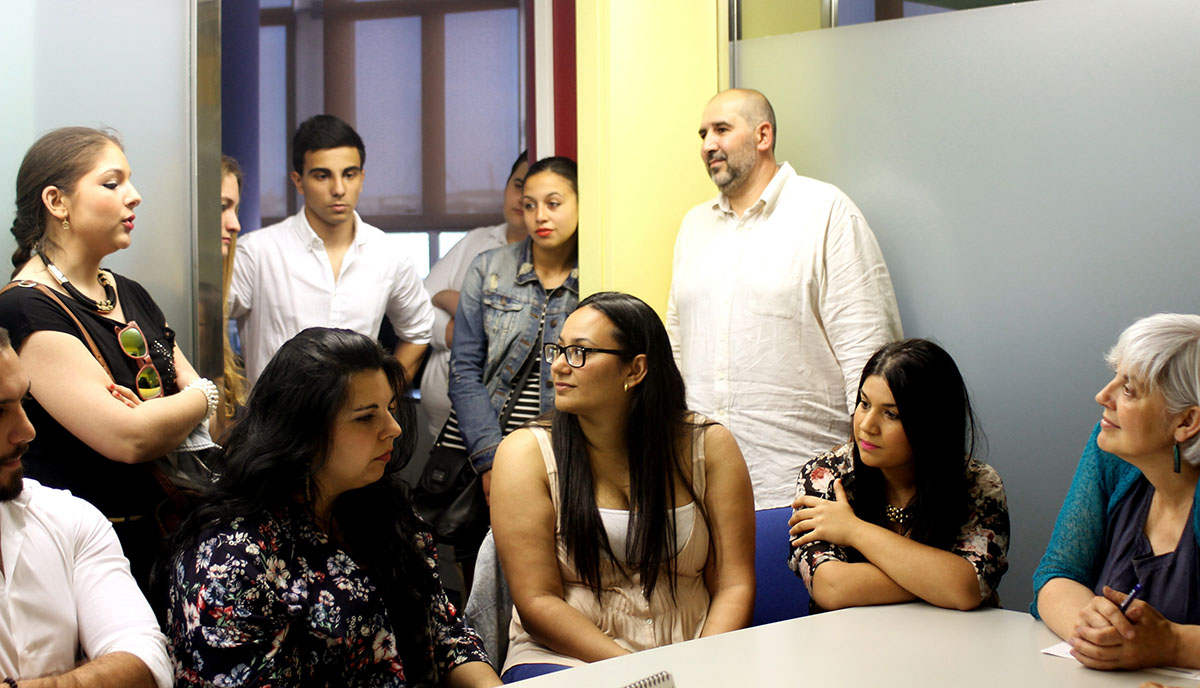 On Friday 3 June, the Rom21 project sponsored by the Fundació Pere Closa concluded with a ceremony at the Badalona History Museum that was hosted by the city’s mayor.

The Fundació Privada Pere Closa (FPPC) began its work with children and young people in the late 1990s by supporting the education of Romani students. After more than a decade, the fruits of its work are coming to light. We see more and more Romani youth studying beyond compulsory education, and that is certainly the path that Roma should follow to achieve social inclusion. However, this alone is not sufficient. It is also necessary for these young people to serve as role models for the generations that will follow them and for them to become resolutely involved in the social promotion of their communities.

For a year and a half the foundation has implemented the Rom21 project, which is designed to promote social participation and has brought together nearly fifty young Roma from the districts of La Mina in Sant Adria del Besos, San Cosme in Prat del Llobregat, Sant Roc in Badalona and La Florida in Hospitalet. During this time the FPPC has organised several debates with young people on topics such as Roma identity, social transformation, youth participation and leadership as well as public policies associated with Roma.

One of the main objectives of this project was to enhance the societal visibility of a new generation of young Roma who want to break down the prejudices and stereotypes that exist within their own communities. To achieve this, the Rom21 project has a put up a website featuring interviews with project participants in which they explain their concerns and hopes, both personal and collective in nature. A documentary has also been produced that, through various testimonials, explains the potential of younger generations of Roma to promote a more egalitarian society.

Last Friday the closing ceremony for the project was held at the Museum of Badalona. The event included a reception for Rom21 participants hosted by Badalona mayor Dolors Sabater and offered participants an opportunity to exchange views on social transformation and the need for increased participation by young Roma. A public event was later held which included the participation of Dolores Sabater, Jordi Miró (Director of the Department of Education’s division of Educational Services for Families and Community Education) and Domingo Jiménez (FPPC President). In her speech, Sabater encouraged young people to progress forward and noted that “in the city of Badalona our utopia is that no one in the city – irrespective of where they are, their family’s social status, their family’s language, their place of birth, the places they have lived or their financial status – will be deprived of freedom and the ability to make decisions, have opportunities and choose for themselves”.

Meanwhile, Domingo Jiménez recalled the organisation’s beginnings and evolution, which saw it achieve success with a Rom21 group comprised of young people who were amongst the first to participate in the foundation’s educational support activities. This group have attained the highest level of university studies of any group of Romani students in Catalonia. “Today the foundation’s challenge is to continue working and fostering the team spirit needed for this group of young people to continue meeting around different areas of interest, and for them also to join forums and participation venues”, in the words of the project’s director Miguel Ángel Franconetti.

Participation by the most disadvantaged groups and cultural minorities such as Roma in political affairs is an essential condition for the achievement of a true democratic society. The first requirement of democracy is equal representation, which should imply the right and a guarantee that Roma will have a place where they can contemplate the visions, ideas and needs of their own community.

The effective participation of Romani youth entails the creation of opportunities to influence the content and contribute to the creation of policies and services that will affect not only Roma, but the entire spectrum of youth and society in general. And such opportunities come about through the implementation of a series of participatory mechanisms designed to enable young people to develop their own initiatives as well as to advise and influence political strategies.

From a practical standpoint, there are many reasons why young people should be a part of decision taking within a democratic society. The evidence shows that policies and programmes designed with the participation of young people are more likely to be effective. Youth participation can take many different forms, but it essentially entails consultation with, decision taking by and representation of them in the creation of projects, activities and policies.

Youth participation ensures that programmes and services are relevant and responsive to their needs and interests, within both the Romani community and society in general. For young Roma, being given the opportunity to have a say on what is most important to them means taking control of the decisions that affect their lives, enhancing their skills and building their trust in society and their sense of belonging to it.

For society, it means that campaigns, policies and programmes should be more effective in reaching young people, attracting their interest and representing their views and needs.

Undoubtedly, the participation of young people in societies that actively seek their inclusion and do not consider them to be passive actors has been associated with higher levels of democratic, social and economic development.

However, despite the increase in the number of young Roma who have had access to higher education and greater visibility in society, this increase has not necessarily led to improvements in the quality of such services, higher levels of commitment to the Romani community or better implementation of youth policies.

In this regard, since 2011 the Barvalipe programme operated by Open Society Foundations and under which the Rom21 initiative also operates, has supported the promotion of ties between young people and their communities, while also extolling a sense of social responsibility with the aim of building a more just society.