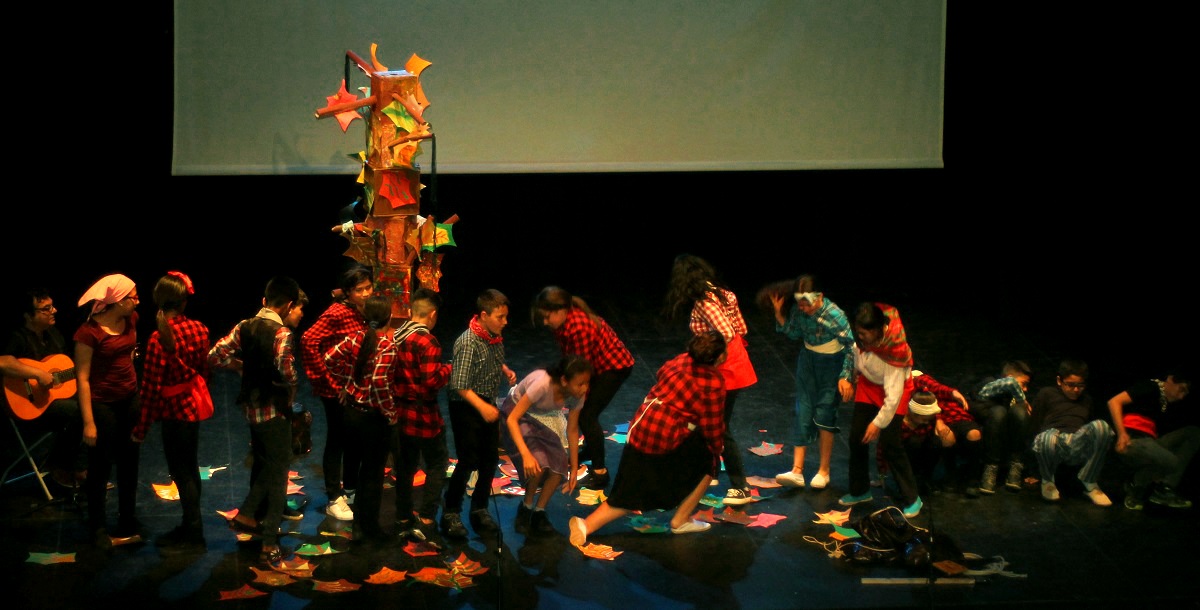 On Monday 20 June the Fundació Privada Pere Closa and students from the Antoni Botey School presented a Teatre Rromanò production at the Teatre Principal in Badalona.

Teatre Rromanò is a project supported by the Fundació Privada Pere Closa designed to bring Romani culture and values to schools through the performing arts. A little more than three months ago the foundation brought this theatre to the Antoni Botey School in the La Salut district of Badalona,enabling sixth-year students to gain experience in drama by trying out for parts in an end-of-school-year production. The result was presented Monday at the Teatre Principal in Badalona, which was packed to the brim.

The production consisted of three short plays based on traditional Romani stories which had been adapted for the theatre by Sebastián Porras. Adapting the written works for the stage was achieved through the collaboration of stage director Gemma Dausedas and musical director Manuel Cortés.

The three plays – Cent cavalls, El per què del nomadisme and Els vint gitanos despitats – tell stories with a genuine Romani character that offer a theatrical vision of the idiosyncrasies of a people who arrived to Catalonia six hundred years ago yet still exist as an unknown and prejudged group. Sebastián Porras, director of the project, explained that “one of our goals is to promote Romani culture in schools and also to penetrate some of the strongholds of Romani culture. Hence we believe that there is plenty of room in the theatre for Romani elements. We have created these plays from Romani stories, where the protagonists are Roma. We believe that things Romani must have a presence in schools”.

The Antoni Botey School has a very diverse student body in cultural terms, and this project has provided an opportunity to work from a different perspective with Romani professionals and Romani content (the stories) to offer an intercultural look at the work that students do every day at school, and thus improve the understanding of Romani culture. Lluvia Vargas, one of the students at the school and a Teatre Rromanò actress, explains that “we have learnt that no matter what your skin colour or your culture or religion, we are all equal”. Sebastián Porras also says that “one of the most beautiful things about this project is seeing how children of all colours and from very different origins become wholly involved and work with Romani teachers in productions based on Romani stories”.