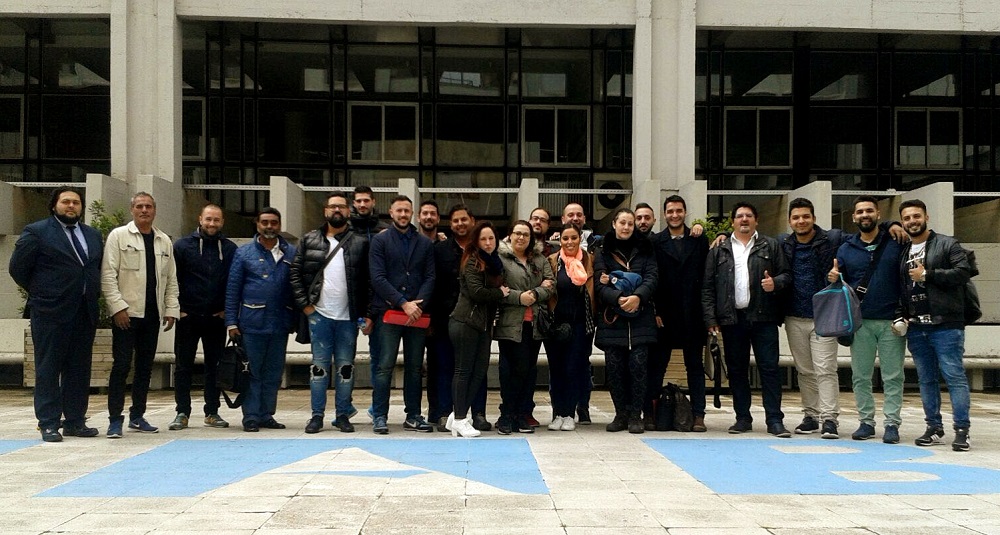 Last weekend a group of sixteen Roma took the university entrance exam for students over the age of 25 at the Bellaterra campus of the Universitat Autònoma de Barcelona.

For more than one year, almost twenty Roma students have prepared to sit university entrance exams, thanks to an initiative included within the Comprehensive Plan for the Roma People. This was the fifth University Access Group (GAU), as this project is called, and it turned out to be the largest group to date. On the last two Saturdays of the programme, sixteen students sat exams that will determine whether or not they will begin a new adventure of university studies in September.

The preparatory classes for this exam began in October of last year at the offices of the Department of Labour, Social Affairs and Family, and during the past months students have been preparing in subjects such as Catalan, mathematics, Spanish, English, geography and history. The students enrolled in this programme as well as its teaching staff are Roma. The teaching staff is comprised of Fernando Macías and Jelen Amador, both PhD students, and Jacobo Amador, an aeronautical engineer.

Undoubtedly the positive role model that teachers represent is very important, since the majority of students are already parents, often with large families, and they face myriad challenges to combine their family lives with work and their dreams of going to university. In particular, they must break through an invisible wall – a wall that separates Roma from the rest of society and that is filled with prejudices and stereotypes that prevent many Romani children from dreaming of a dignified future where they are on equal terms with the rest of society. Traditionally, Romani families did not value the opportunities made possible by higher education; nor had the education system or society in general set about to correct the long history of cultural and social exclusion, a situation which is also manifested in the education system.

Initiatives such as this one highlight the desire of many Roma to become educated and open new horizons in their lives that until recently had been considered unattainable. Cristina Vázquez, a mother of two and a GAU student, would like to study education and social work and told us that this experience has helped her “feel realised in having completed this process and got to university, which makes it possible to have a future with better opportunities for my children and me”; likewise, she underscores the importance of “demanding our rights, and struggling as women and as Roma to defeat the stereotypes about Roma”.

Indeed, Fernando Macías, the group’s teacher, says that “the most valuable aspect of the course is the process of educating students who for a long period were unable to access educational and learning opportunities. This has an impact on them, as it builds their self-esteem and makes them feel better prepared to face future challenges. It also has an impact on their immediate environment. Many of them told us how their children have begun to study with them, do better at school and now have more desire to go to school”.

“My parents are more concerned about my marks than I am, but the most important thing is that I am transmitting to my son the importance of education for his future as well as enthusiasm about his own studies”. This is what Miguel Ángel Gómez, a GAU student who would like to study Business Administration, had to say. Other positive aspects of this project are the enthusiasm that students inspire in their family members and friends, the fact that they become role models and their belief that studying is compatible with being Roma.

According to Alfredo Reyes, one of the programme’s organisers, “this initiative has been a great success, not only because it has attracted more students than any previous GAU, but because on this occasion the participants came from a wide range of cities and are all individuals who exercise considerable social influence on their communities. This gives us high expectations for the next year and hope that the number of participants will grow exponentially”.