Marcel Courthiade and the Romani language 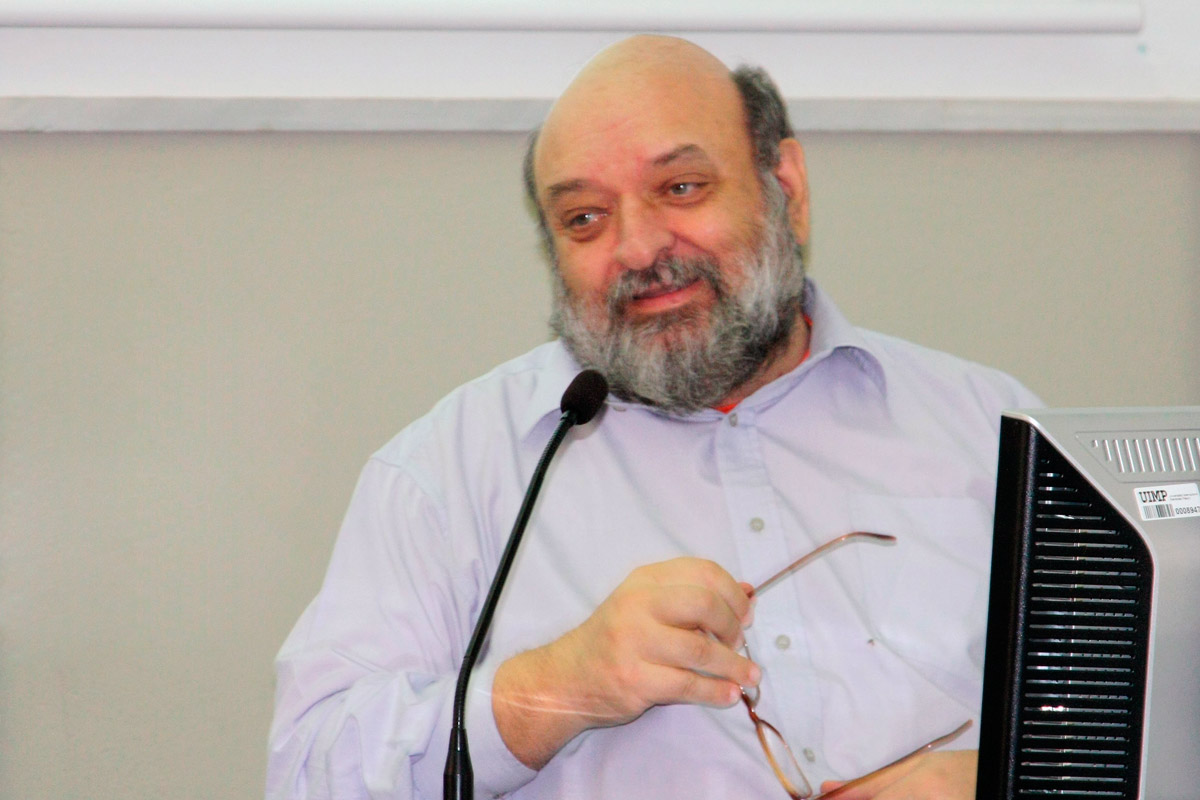 Marcel Courthiade is a professor at the National institute of Oriental Languages and Cultures (INALCO) at the University of Paris. His studies of the Romani language have made him the most prominent expert on our language. One of his latest initiatives is the recent launch of an online Bachelor’s degree programme on Romani culture and language. We were recently honoured by his presence for the International Day of the Romani Language.

You are in the process of developing a remarkable online degree programme on Romani language and culture. What goals have you set?

Our main goal is to give the professors and teachers of tomorrow training in Romani language and culture. Many people are developing initiatives without a solid and strong body of knowledge, using the kinds of materials found in local libraries and schools. We wanted to do the opposite: to develop a college-level course that would both train teachers and serve as a reference corpus for the production of books and extracurricular educational materials.

The project aims to offer knowledge of Romani that would be comparable to that which would be available to anyone studying English, Italian or Japanese in college. And this is precisely what we are doing at the Institute of Oriental Languages and Cultures of Paris, offering undergraduate studies in Romani that comply with Bologna process guidelines, as is the case with other languages one can study there. I’m sure that with a contingent of graduates in Romani in all countries, we could establish Romani language chairs in Barcelona, Madrid or in any other city. And these chairs would help train Romani teachers in all European countries.

More than ten years ago, I started this Bachelor’s degree programme using a face-to-face format. However, enrolment was low because Paris is a very expensive city and I have not been able to get scholarships established specifically for this degree. So we decided that if students could not come to Paris, then we would go to them through the internet, and hence created the online degree programme.

The recovery of Romani is not only for Spanish Roma who have forgotten it due to the passage of time and because of persecution. It is also of interest to Roma worldwide, including 12 million in Europe and three million in the Americas. Most only use the language at home, and Romani does not have the same cultural range as other languages.

We often hear those in Eastern European countries say that it is not necessary to learn Romani in school because they learn it at home. However, this thinking is wrong because the world of communication in the home is very limited. In other words, the range of objects and topics that are discussed is narrower. Children at school are taught to use the national language to talk about history, politics, philosophy, life in the city and anything else that is not learnt at home. And like gachés (non-Roma), we also have the right to an education in Romani that will be useful outside the domestic environment.

What factors are considered necessary to successfully advance the Romani language?

For me there are two main factors. The first is to reinforce the prestige of the Romani language, which is the duty of the State. And so it should be considering the many years of disdain and lies spread about the nature of Romani, after having viewed it as a language of the devil invented by dark-skinned non-Roma to deceive good Catholics. The disdain endured by our language is something we can document from the time of the Decree of Medina del Campo to the time of Franco. Society has been continually poisoned with many lies about our culture, and now we are asking for an antidote to the poison in order to achieve a situation of normalcy. This is not exclusively a Romani issue. The recognition of minority groups should be a question of common heritage. For example, the heritage of minorities who live here in Catalonia does not belong exclusively to each minority but forms part of the general heritage of Catalonia. Linguistic, cultural and religious minorities contribute to the richness of the entire country.

The second factor that I think is essential falls under the responsibility of Roma themselves, and especially those with longer associations with Europe. We should make knowledge of our history, cultural heritage and language known in our neighbourhoods and to our children and youth. At the same time, we must find appealing ways of achieving this without using formal methodologies. For example, something as attractive as Facebook. We need imagination; we need to create methods and share them with the rest of Europe.

We must view the current situation from a realistic perspective and understand that school is not the only and exclusive “solution” for most Roma. And if we cannot find these solutions through the schools, then we must find other ways to transmit our cultural heritage to young people. We must be aware that this is a heritage that goes back hundreds and hundreds of years and is part of a unique world view that has contributed to the cultures of Europe and the entire world. We must find a way to optimise the teaching of Romani that makes use of the technological tools we have available.

The dialectal classification of Romani is one of the topics that has generated the highest levels of academic controversy with respect to the study of our language. This initiative has resulted in the discovery of four (macro-) dialects. What is this dialectal division based on?

Firstly, the classification starts with the super-dialects –o and –e. We then can examine the various sub-dialects such as Balto, Karpato and Balcanico. This is a scientific definition based on the notion of isogloss. An isogloss is linked to a language, not to a country. It is certain that isoglosses linked to a country have been established, but they can only be valid for languages such as Catalan or Spanish, which have always been spoken in the same place. But among Roma, who migrated from India into Europe by way of Asia Minor, a geographical isogloss has no relevance for application to the Romani language.

We have yet to find any specific critical assessments about the division into four dialects, beyond the fact that they are difficult to understand. However, based on science, no one has yet been able to find a single error in the theory of the four dialects.

In the online Bachelor’s degree, before beginning the study of Romani, we study dialectology and then apply it to the history of Romani migratory movements.

What role do you think the advancement of Romani culture plays in the inclusion of Roma in society?

I think this is a matter of social justice, and we should aspire to a just inclusion. We must not make the mistake of thinking that the majority society is ideal. It is not. Nor should we think that we are perfect. Neither should we think that Roma should be the only group to promote inclusion, because it depends on both parties. Inclusion requires an open heart on the part of the majority society and an open heart on the part of Roma. Inclusion does not rely on access to higher levels of culture. Inclusion requires a commitment between two equal peoples.