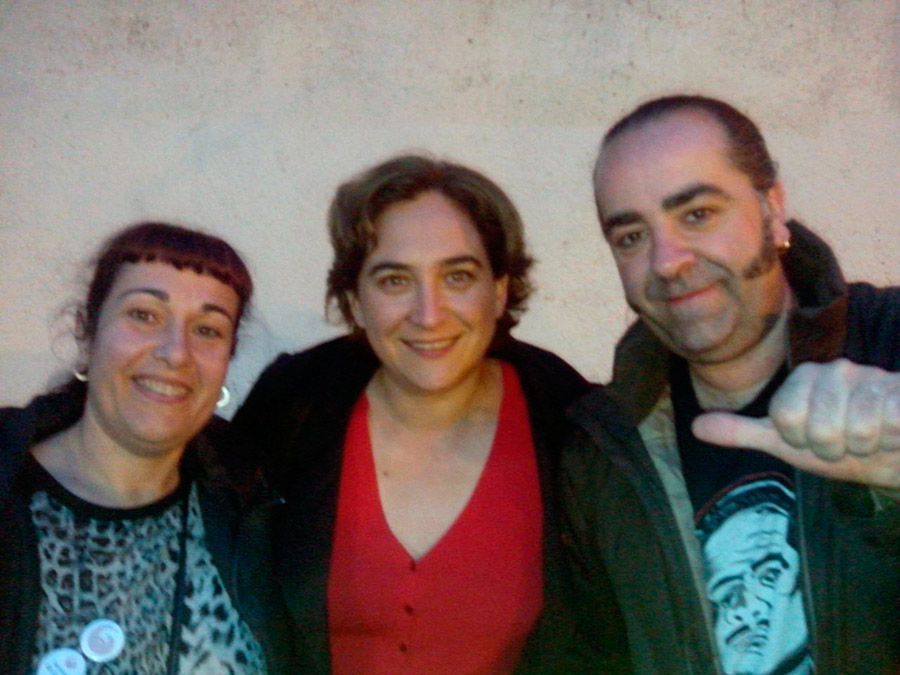 Basilio Perona is a Roma from the La Mina district with longstanding involvement in Roma associations. He recently entered the political arena and was elected as a Councilman for City of Sant Adrià del Besós as a member of the Sant Adrià En Comú citizens’ group.

It is uncommon for Roma to become involved in the political world. However, we saw many in the latest municipal elections. To what do you attribute this increased political involvement?

To my way of thinking, I believe it is on the rise because the needs are becoming more and more acute. If we are suffering more and more and need more and more support in our districts and municipalities, politics is the only tool we have. You can also fight through an association, but the results we have seen in recent years have not been very positive. And politics provides a way to get involved in social issues, as well as other areas of municipal management.

And what’s your assessment of this increase in participation?

On the one hand it’s good, because people are more involved, and getting involved in politics gives you the power to take decisions. In the case of Sant Adrià, we Roma are a minority that is really a majority. Of our city’s 35,000 inhabitants, 7,000 of us are Gypsies, yet we had never been represented by a Gypsy. Why do others have to decide for us when there are people who understand how people are suffering, what they need and what they want? It is in this regard that it is very positive that we become involved.

In your own case, why did you decide to enter the political arena?

In my case, everything started a year ago when I saw a sign in the street inviting residents to a Podemos meeting. I had heard about them on television, and they caught my attention because they are group of people who are claiming certain rights and other things. I applied what they were saying to us, and I saw how these people were basically criticising the same things that are happening to Roma. We are hidden here in plain sight. We’ve been in Spain for more than 500 years, and no notice is taken of us.

I began to attend these meetings as a resident of the district and listened to what these people had to say. They voted by a show of hands, they held open meetings, and I generally liked their organisation. I did not have to formally join the party or pay any fees. Nor did I have to do things that are usually done in a traditional party, and I quite liked that “libertinaje” (freedom). I could speak my mind. I could vote. Anyone you might find in street could do the same thing, and I liked it, because the people were the ones who got to vote.

All this took form over time. Commissions and working groups were set up, and the need was seen here in La Mina, the municipality’s poorest district, for certain people to set priorities where work could be done. We created open lists where anyone could stand, and we also put ballot boxes where everyone could nominate the candidates to appear on ballot lists for the municipal elections. I was also quite surprised to see that I had placed second. And that basically means that something was saying that there had to be a Roma in the party.

What does your family have to say about your political adventure?

They don’t see it as being very normal (he smiles). If you had told me a year ago that I was going to be elected Councilman I wouldn’t have believed it either. But these are things that one gets used to gradually, and I think everyone has to set their own goals, try to achieve them and be proactive.

Do you think that this new political scenario which offers new approaches to social management could be positive for Roma?

Absolutely. Keep in mind that things had not been going so well for us before. We had fallen into a major crisis, and those hardest hit were ourselves. In order for there to be rich people there have to be poor people, and we’re on the lowest rung. Of course there are also rich Roma. However, many Roma have lost their PIRMI benefits (minimun subsidy), including parents with many children and even widows. The crisis has affected these people greatly, and these new parties will have great influence because they emphasise social issues. And that’s why I’m here doing what I’m doing.

How do you think you can raise the level of political commitment towards the Romani community?

Firstly, we need to be more participatory. We tend to operate on a “bread for today and hunger for tomorrow” basis and are not very participatory in certain things. For example, prior to our meetings I spoke with people from the district and invited them to come and express themselves about things that affect us such as employment, the education of our children or our district’s current state. Unfortunately, most Roma do not think ahead about things that entail long processes. We want what we want right now. I believe that these are aspects that we should work on. When you want something you have to get to work on it early.

And how do you think the participation of Roma could be improved?

As the former president of Uruguay José Mújica said, in order for marginalised people to get ahead the solution is education, education and education. And for me that’s the key. But there’s one question that I ask myself and can’t answer: We say we have to take the kids to school, reduce truancy, but in a district like this one where half the population is Roma and the other half is non-Roma, you’ll that 95% of the students in our local schools are Roma. We are creating ghettos! And we need to fix that.

What things would you like to improve from your position as a Sant Adrià del Besòs Councilman?

Mainly two, the first of which is employment. I always hear on TV that Cádiz, with an unemployment rate of 50%, has been the place hit hardest by unemployment. That news gets to everyone, and everyone can become aware of it. However, what nobody knows is that unemployment in La Mina is even higher. This is not news, and will not get covered anywhere.

The second aspect that needs to be improved is the distribution of investment within the district. Through the La Mina District Consortium we receive investments from many European funds, but they’re all for housing, and in the end these investments never make it to the Roma population. I think all that money could be managed more efficiently.