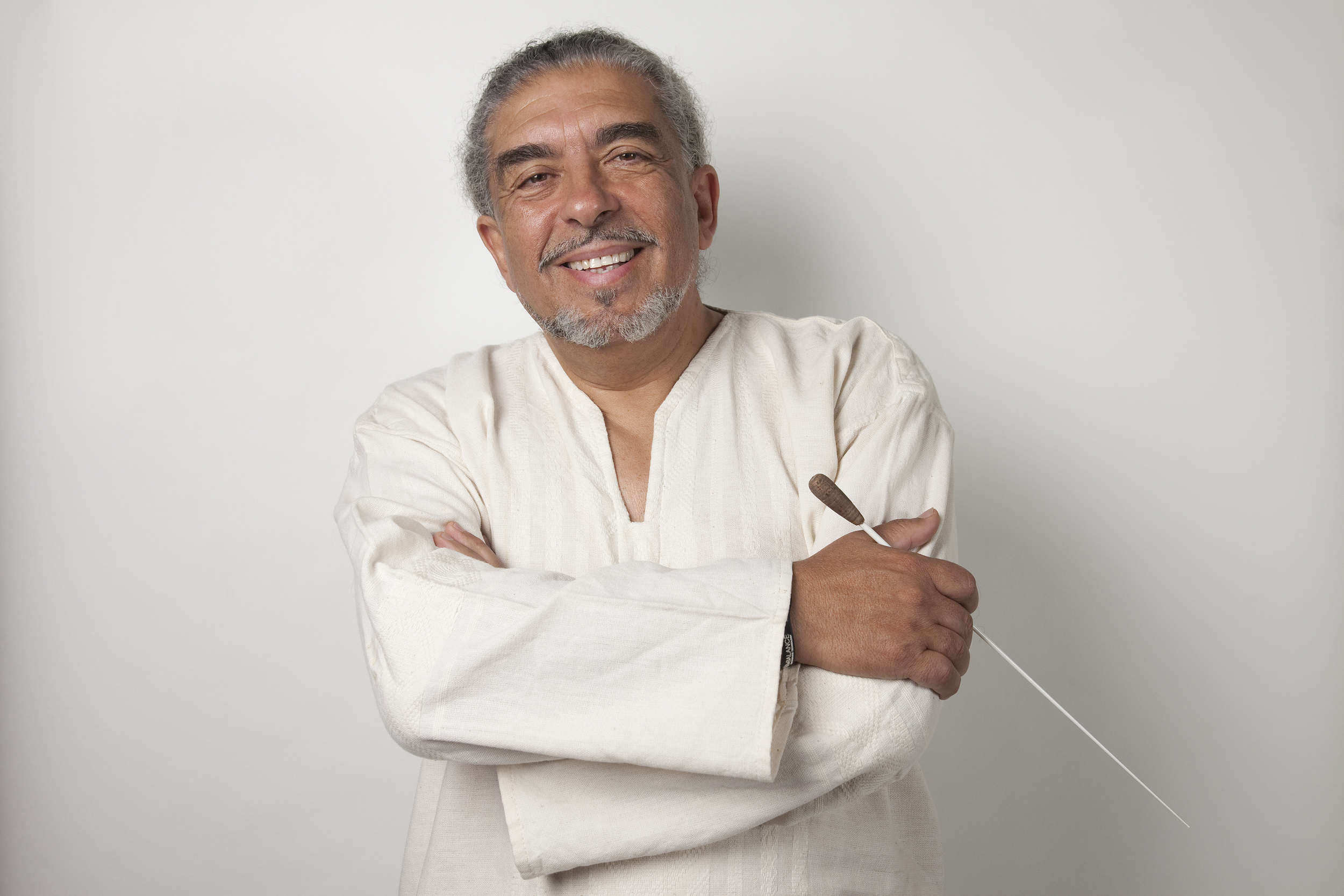 Paco Suárez is the director of a Romani orchestra and one of the most knowledgeable experts on the varieties of Romani music found throughout Europe. In recent years, he has carried out serious research on the influence of Romani on classical music. One of his latest collaborations has been with Music4Rom, an initiative that aims to disseminate the wealth of Romani music amongst young people.

What motivated you to take part in the Music4Rom project?

I have always had a fascination that has led me to continue working with Romani music. My job as the director of a classical music school has little to do with Romani music, but I tend to lean in that direction because I need to be in touch with my music. In Spain that would be flamenco music, but outside of Spain there are other types of Romani music that I love, that I’m mad about, so whenever possible I get away to share musical moments with Roma in Europe. 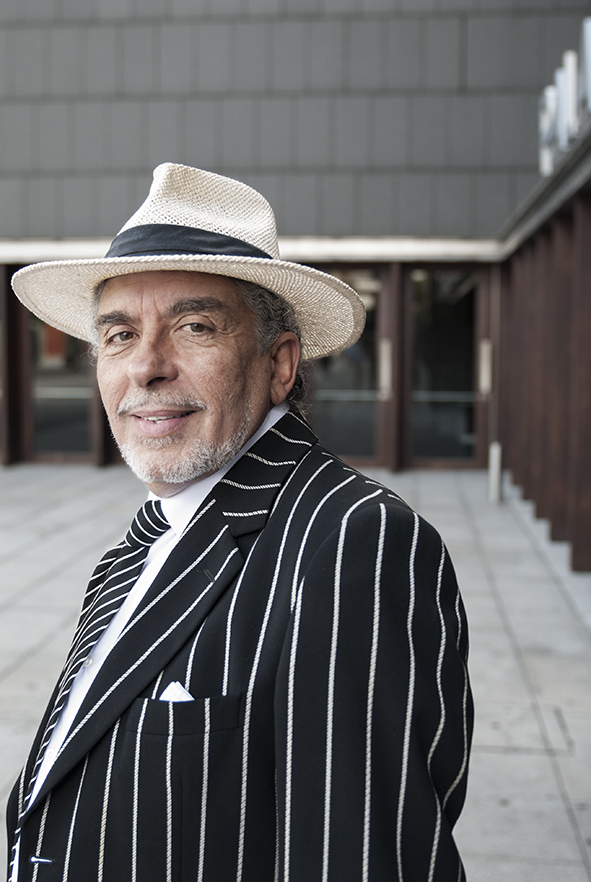 As you say, flamenco is the music that Roma in Spain have most developed. Do you think that there is a link between flamenco and the types of Romani music found in Europe?

Clearly, and quite a strong one. There are links in the areas of harmony, melody and rhythm. These are related to three pillars on which today’s music is based: melody, accompaniment and rhythm. At the same time it is also true that Roma throughout the world can do without harmony, as it can be represented using accompaniment instruments. Spanish Roma can sing and dance without guitar, Romanian Roma can sing ad libitum (without instruments) and other Roma use darbuka drums and percussion instruments as accompaniment, with no need for harmonic instruments. That is a very peculiar characteristic of Romani people that comes from our Indian and Persian roots and is still present in our historical memory.

Roma have always used two elements, raga and tala – melody and rhythm – which are the two main elements still used in India. We Roma can use our palms and voice to make flamenco music. It’s a virtue that we’ve had for a thousand years, and a skill that not all peoples possess. We have mixed our types of music with other types, but we’ve held onto our musical DNA.

Do you think musical features shared with the rest of European Roma could have been the basis for the origins of flamenco?

Undoubtedly, because flamenco originated from a mixture of different types of music in Spain at a particular social, political and economic moment. It was a time when Roma, Arabs and Jews began to be seen as the baddies, “non-Spanish” people, and all three had the same musical roots from Arab countries in the Middle East. We can therefore speak about three groups who shared the same musical essence. Melismata from Roma, Arab and Jewish music are the raw materials that would be transformed to create flamenco in Spain.

We might wonder why flamenco was not created in Romania. That would be simply because in Romania there was no Arab empire and hence no Arab stronghold where our different forms of music could be joined and mixed. Conversely, there were Arabs in Turkey, and when listening to their music we can find many similarities with flamenco. Moreover, if a Rom sang while the sound of Muslim morning prayers could be heard, we would realise that the songs are the same, that they have the same structure that may include a toná or siguiriyas. 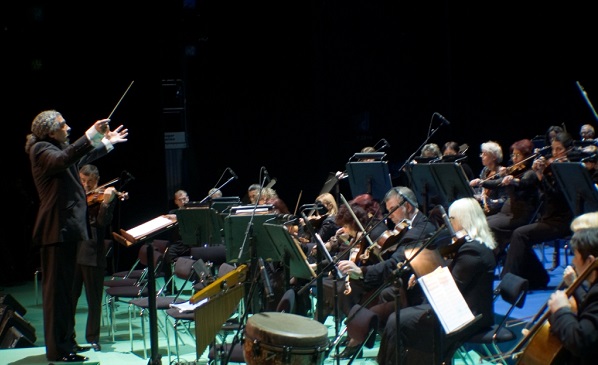 Over the past few years you have conducted research on the influence that Romani music has had on classical music. What would you like to achieve through this work?

I want to show that Roma have played an important part in the construction of Europe’s cultural and musical heritage. I want to demonstrate this and for it to be recognised. We Roma are always applauded on stage, but we never get recognition as the authors of this music, and achieving this will be my mission.

I want to prove that the dances composed by Brahms did not originate in his mind, but were the result of imitation, influence from his Romani neighbours and also from friends of his who played the piano and violin, also Roma. I want to prove that the wonderful Hungarian Rhapsodies composed by Franz Liszt are the result of inspiration he received from Hungarian Roma. I want to prove that Schubert’s Lied compositions were the result of inspiration he received from the nomadic Roma with whom he was living. I intend to show that this is the case, and ensure that the Romani origins of this classical music get recognition. There was a period in Europe when most of the music was full of melodies, chords and Romani rhythms. This period covered Romanticism up to the Nationalism of the early 20th century, when great composers such as Manuel de Falla, Joaquín Turina and Enrique Granados spent part of their working lives transcribing flamenco music.

I would like for these facts to be acknowledged by the conservatories. And when students of classical music play Hungarian dances, the teacher should remind them that this is Romani music; when pianists play Franz Liszt, they should be told that Liszt’s piano music comes from the cimbalom music of Hungarian Roma. Thus, musicians being trained in conservatories would have a full and concise education that recognises the truth of music in Europe.

And why do you think the musical merit of Roma has not received recognition?

For the same reason that, for example, the influence of the Romani language on the Spanish language has not been recognised. When people use the word “chaval” (kid), they are actually using a word of Romani, non-Latin origin. The same thing happens with many other words such as “pinreles” (hooves), “sobar” (knead) or “jalar” (eat). And this is due to the existence of a cultural racism that attempts to deprive us of all merit and all the contributions we make to society. This cultural racism has no purpose other than to deny recognition of what other cultural groups have contributed to Spanish society.

And what do you think will be necessary to overcome this cultural racism?

Most importantly, we Roma need to be more aware of the issue and have the capacity to write books defending our cultural heritage. We Roma should be more active, raise our voices, give talks, and partner with gachés (non-Roma) so they can help us. We just want to tell the truth, a truth that must be accepted by those who are not Roma. When we get them to know who we are, then we will have an easier path to respect. The best slogan that we Roma could say to the whole world is “Get to know us”.