Negation of the negation. Talk by Isaac Motos

Home - Negation of the negation. Talk by Isaac Motos 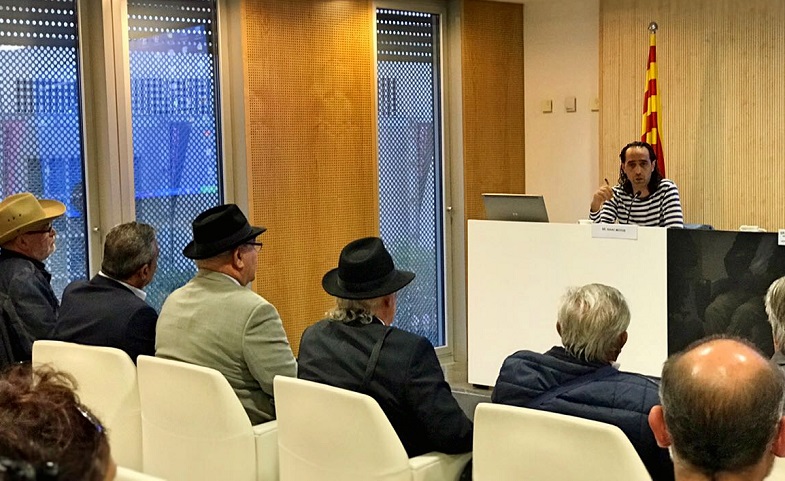 A talk on the history of the Romani people was given on Friday by the Romani philosopher and researcher Isaac Motos at the offices of the Department of Labour, Social Affairs and Family.

The aim of the talk, an event held as part of the commemoration of the 600th anniversary of the arrival of Roma to Catalonia, was to offer a Romani interpretation of the history of the Romani people. Romani history is amongst the least understood and researched histories. The traditional lore depicting an itinerant Romani people is the reason that Roma presently do not have their own written history. In contrast, the only history we know is comprised of accounts of numerous laws and pragmatic decrees enacted against Roma and told by non-Romani historians.

The talk’s title, “Negation of the negation”, was intended to draw attention to the paradoxical treatment that Roma have received since the late 15th century, when, during the construction of the new Spanish state, people with different beliefs – particularly those who were not Catholics, Jews and Moors – were expelled from the Iberian peninsula. According to Isaac Motos, the cultural difference between these communities was recognised but the presence of Roma in Spain was “denied”. However, during the same period, the recognition of cultural differences was denied to Roma, a recognition that six centuries later has still not been forthcoming.

In his talk, Isaac Motos emphasised that the interpretation of all available historical data concerning Roma has always had a nationalistic bias and viewed Roma from an extrinsic perspective. Motos told the story about Roma entering as pilgrims and warned that in all books about Romani history “it is always said that Roma took the guise of pilgrims to deceive the authorities and gain approval to enter Spain. This interpretation is based on a paradigm which denies Romani reality”, he said. “When Roma arrived, they presented themselves as pilgrims, were recognised as pilgrims, behaved as such and complied with the bylaws for pilgrims. Claiming the legal status of pilgrims was not a case of deception by Roma, and it enabled Roma to continue their cultural expansion without infringing on local cultures”.

Isaac offered this example because the pragmatic decree signed in 1499 by the Catholic Kings, in which Roma were ordered to stop behaving as pilgrims, marked the beginning of a new way of looking at the Romani phenomenon which denied the cultural differentiation of the Romani people. The same pragmatic decree stipulated that Roma could not be defined in terms of their origins or as a nation, but rather as having a lifestyle based on deception, theft and charity. And according to Motos, this view of Roma remains prevalent today. In proof of this, he compared the definition of Roma in the pragmatic decree of 1499 with the word used to define Roma in the latest edition of the Royal Spanish Language Academy’s dictionary: trapacero (swindler), one who attempts to deceive using lies and trickery. 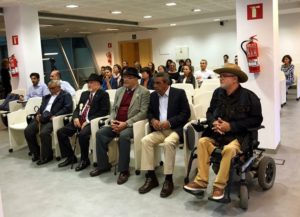 Motos also argued that this view of Roma as a marginal and asocial group, not as a people with a distinct culture, is the basis of social policies targeted at Roma. To illustrate this point, he mentioned one of the principles that governs the European framework for the development of national strategies for the inclusion of the Romani community, known as principle 2. It states that “policies should be targeted at vulnerable groups on the fringes of the labour market, disadvantaged groups, or groups living in disadvantaged areas, with a clear indication that these groups include Roma”.

To achieve real change in situations that affect Roma, Isaac said that a shift in the paradigm from which Romani reality is seen and understood is required, one in which current biases are analysed and new knowledge is generated from within the Romani community. Motos also explained that these steps would have to be taken from within the realm of politics and would imply a recognition of Romani culture “that has to do with recognising the other as being different, with their own values and their own integrity”. The next step would entail restitution: “that which was taken from us would have to be returned. The pragmatic decree of 1499 interrupted a historical process that had begun 100 years earlier with the arrival of Roma to the peninsula”. And according to Isaac, this restitution would “affect not only Roma, but non-Roma as well because we have not had the opportunity to have relations with them without denying our own culture and without the relationship being one where one culture has dominance over the other”.