Romani – or Rromanes, as it is called by the Romani people – is an Indo-European language whose origins can be traced to the Indian subcontinent and to Sanskrit. It is also a language used by Roma from around the world to communicate. Variants of Rromanes are spoken in almost all European countries. However, the highest numbers of Romani speakers are to be found in South-Eastern European countries such as Romania, Bulgaria and Serbia. Romani is one of the official languages of Kosovo and has been recognised in Croatia, Hungary, Romania, Sweden and Bulgaria. Although there are no reliable figures on the total number of people whose mother tongue is Romani, it is estimated that in Europe they number more than 10 million.

On 5 November 2009 a number of linguists, teachers and representatives of Romani organisations met in Zagreb to assess the health of the Romani language and to spearhead initiatives to achieve its official recognition by European states. The attendees at this event designated 5 November as International Romani Language Day and also committed themselves to strengthening the visibility of their cause.

Here in Spain, the Romani language disappeared for more than two centuries due to the pragmatic decrees that were issued against the Romani people and culture. A number of Romani language experts consider that the Great Round-up of 1749 could have been the knock-out blow, the moment when Roma may have decided to stop passing their language on to new generations in order to prevent their children from being identified as Roma and hence safeguard their freedom. The Romani language progressively mixed with Spanish, giving rise to what is known today as Caló. This Para-Romani dialect which uses Spanish grammar and Romani vocabulary is completely intelligible to Roma who are not from the Iberian Peninsula. 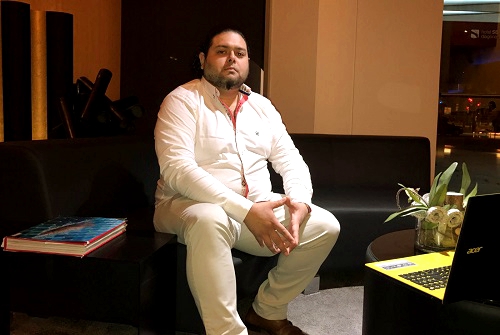 David Cortés, President of the Romani Association for Youth, Equality and Progress, and Pedro Casermeiro, a member of the Rromane Siklovne association, are two young people working to recover the Romani language. For more than three years, both of them have taught introductory Romani language courses at schools in Terrassa, Barcelona and Sant Adrià de Besòs. “Recovering our language is also a way of loving and being proud of our culture,” says David, who teaches in Barcelona’s La Mina district and also in Terrassa. “We have not forgotten about the period in our history when we were not allowed to speak Rromanes. This led to our language only being used in and around the home. We would like to help Romani break out of this situation and become another language amongst others in Catalonia, Europe and the world”.

Through the first Comprehensive Plan for the Roma People in Catalonia (2005 – 2008), the Catalan Government, together with Romani associations, took the first steps towards recovering the Romani language. Around that time a trainer’s training programme began in which Catalan Roma were taught Romani, with the idea of having these same students later teach the language to others. The programme was run for more than five years, and now some of its students are teaching Romani in a number of local districts throughout Catalonia. 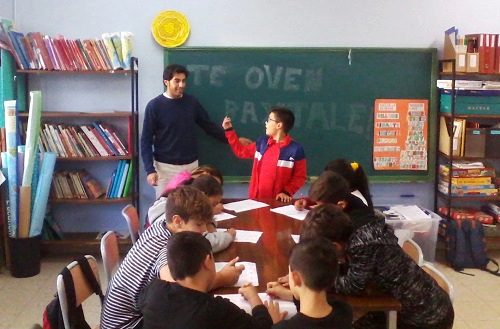 “Caló is spoken less and less. Many children can hardly speak a word”, according to Pedro Casermeiro, a Rromanes teacher in Barcelona’s Bon Pastor district. “It is being absolutely lost. When you speak to young children they know very little Caló. We try to tell them that Romani is the common language of Roma throughout the world so that they will see it as something natural and be more open to learning it. We also tell them that Romani is just as much a language as are English and French, and that it has its own grammar and spelling, unlike Caló”.

Pedro’s interest in learning the Romani language goes back to a trip he took abroad where he met Roma from several European countries. “I remember a Macedonian Rom asking me, ‘If you’re a Rom, why don’t you speak Romani?’ What’s more, I saw that most Roma there were speaking in Romani, yet in order to speak to me they had to switch to English. This got me thinking, and that’s when I decided to learn Romani”.

The current arrival of Roma from Eastern Europe who have Romani as their first language is generating increased interest amongst Spanish Roma about the old Romani language. Sejad Cizmic, a young Roma of Italian-Croatian origin who lives in Barcelona and whose mother is a native speaker of Rromanes, regrets that Spanish Roma have lost something as idiosyncratic as their mother tongue, and that they do not do more to bring it back. He also told us what being able to speak Rromanes means to him: “Our language is a reflection of our Romani identity. It is not a question of feeling more or less Roma than anybody else, but it is something that belongs to us and that we must not allow to be lost”.

The current objective of the organisations that David Cortés and Pedro Casermeiro represent is no longer just to promote the Romani language amongst other Roma, but to raise awareness about it in the general society. They would also like to make the recovery of our ancestral language an act of historical justice, and a way to undo one of the largest cultural amputations that can be inflicted on a people, that of the kidnapping of their language.