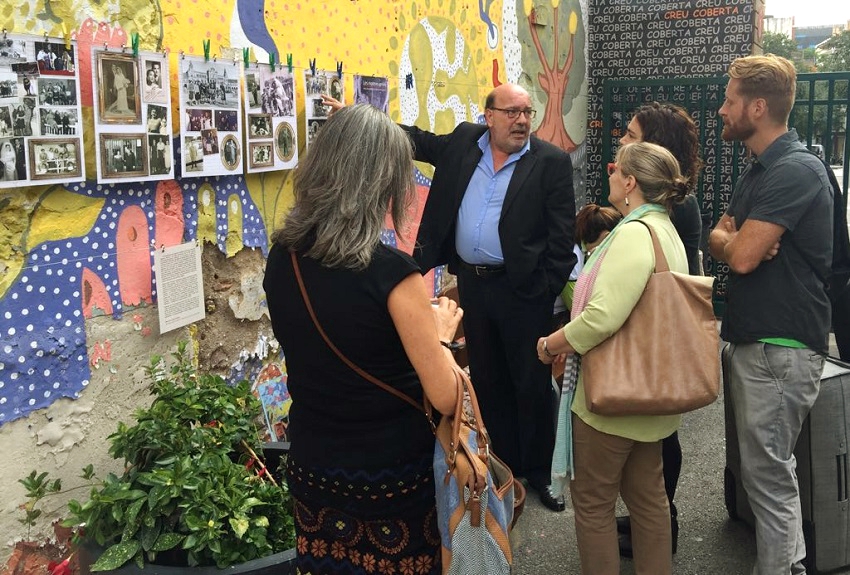 The Romani Sociocultural Union of Hostafrancs has organised a mini-conference whose aim is to increase the visibility of Romani culture in Barcelona’s Hostafrancs district.

The presence of Roma in the Hostafrancs district goes back to the 18th century and was linked to the industrialisation of Barcelona. Thanks to lots of hard work and horse traffic, many Roma settled around the former Plaça del Sol, now named Plaça Herenni. Prominent Roma who have lived there include Oncle Peret (Uncle Peret), a figure respected by all Roma, a man of peace and friendship, and a formidable defender of Romani rights.

To publicise his presence and participation in the life of the district, the Romani Sociocultural Union of Hostafrancs organised a cultural conference at the Creu Coberta Meeting Point. The event was attended by several district neighbours, and its inauguration was chaired by Lola López, Barcelona’s Commissioner for Immigration and Intercultural Dialogue and Diversity, who emphasised to participants the importance of the city’s Romani presence. López also said that “after the Civil War, when speaking Catalan was prohibited, Catalonia’s Roma were the ones who kept the language afloat”. He thanked the Romani in Hostafrancs and in the rest of the city for their musical contribution known as Catalan rumba, a style that is 100% native to Barcelona.

The conference featured an exhibition by photographer Manel Giménez, in collaboration with the Association of Merchants of Creu Coberta. The exhibition included photographic images of Roma who lived in Hostafrancs as long ago as the second half of the 19th century, and who are the ancestors of families still living in the district today. The conference concluded with the performance of a play by the theatre company “El Evangelio cambia”.