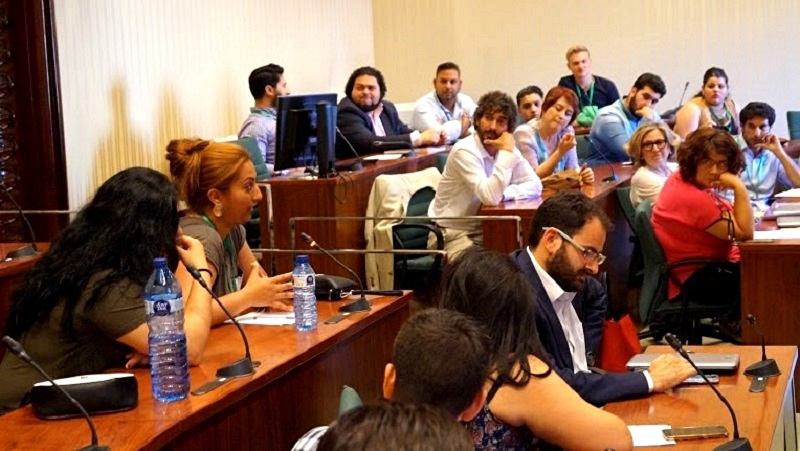 The Federation of Roma Associations of Catalonia organised an event between young Roma and members of the Parliament of Catalonia as a starting point for a project to promote the political participation of young Roma.

Young Roma account for about 50% of the Romani population in Europe. In spite of this fact, their opinions and needs are rarely taken into account when policies that will affect this sector of the Romani community are defined. This is why the Federation of Federació Roma Associations of Catalonia has developed the Sam Roma, Sam Manusha (We are Roma, we are people) initiative, which is aimed at drafting a white paper about Romani youth to help inform and guide political parties when they fashion policies for the Romani community and young people in general. The initiative is also aimed at motivating the participation of Romani youth.

In order to draft the White Paper, the federation has implemented a participatory process in which young Roma are the protagonists. This initiative will include debates between young people, inter-generational encounters and meetings with politicians. Its aim is to analyse the situation of young Roma today, assess the main problems and barriers they face and develop proposals that will bring about improvements. In addition, a series of surveys of young Roma will be conducted to collect their opinions and supplement the project’s findings.

On Monday the project kicked off with a meeting between young Roma mainly linked to associations, MPs in the Catalan Parliament and all members of the Intergrup del Poble Gitano (Intergroup of the Romani People), a working commission comprised of MPs from all parliamentary groups whose aim is to deepen the knowledge of Roma and their needs and demands and improve contact between Roma and the Parliament.

At this meeting, the Romani youth were able to voice their concerns about the role of politics in improving the living conditions of Roma. The attending MPs talked about their duties and encouraged the young people to continue participating and not to be afraid of the world of politics. Pedro Vargas, a young person involved in the project says that “this meeting has been very positive, as it is the first time that many of us here have had direct contact with politicians – the very people who can enact all the reforms needed to ensure Romani inclusion”.

The project’s next steps will be to consolidate the group of participants and hand the baton over to the young people so that they can decide issues such as how to draft the white paper, which topics should be addressed or how often meetings should be held.